How Sitting on Your Ass Can Wreck Your Body 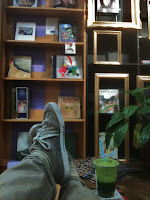 I recently read a New York Times article that told me Yoga Can Wreck Your Body. It pointed to several injuries caused by yoga, and has generated a storm of coverage and defensive rebuttles from yogi’s.

But are we missing the point? What is the effect of not exercising? This article mimics the tone of the New York Times article to point out that yoga may wreck your body, but sitting on your ass will certainly put you in an early grave.

On a cold Saturday in early 2009, I sat down to watch reruns of Jerry Seinfeld, a talented comedian who has many awards for his works and devoted followers. Seinfeld and his group are typical of the kind of teacher you will find on television, relaxing 30 minute sit coms that are interrupted by brief suggestions to eat junk food. I watched him and many other television shows in the naïve belief that I wouldn’t succumb to the national obesity epidemic. Drug commercials further assured me that they, not regular exercise and good nutrition could cure any ill effects from a sedentary lifestyle fed by junk food.

The Center for Disease control confirms it, our lifestyle is causing diabetes, heart disease and a host of economic, psychological and physiological problems. Yet the popularity of a sedentary lifestyle continues to grow. Fast food resteraunts have doubled in the past 30 years and obesity has risen by 30-50%. Foods increasingly contain high amounts of sugar, fat and salt, and incidences of stroke, high blood pressure and diabetes are skyrocketing.

“I just don’t understand why I can’t loose weight” said Lu Ann, a worker at Burger King who get’s half her calories from SlimFast and the other half from her employer. “I used to exercise, but I am so busy lately” 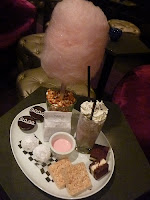 Americans care about their health, and the media responds by warning people about the dangers of anorexia. Anorexia, and eating disorders are serious business, as is Hypertrophic Cardiomyopathy, but there is a question of perspective. Remember that anorexia effects less than 0.2% of the population, while 63.1% of Americans are overweight or obese. It makes perfect sense that the bulk of coverage should focus on stories of supermodels being too skinny.

Every month a newscaster will warn you of the dangers of exercise. Remember Jim Fixx they jogging guru? He died of a Heart Attack. The media makes sure we know the dangers of being too skinny, or getting injured in exercise. Americans are concerned, and continue to watch hours of television in the hopes of a solution. But still heart attacks, strokes, cancer and other illnesses continue.

For me personally, my love of Taco Bell and television continues to grow my waistline. My one saving grace was exercise. But could the deluge of media attention on the dangers of roller blading, running and yoga lead me to think I should opt for a more sedentary lifestyle?

Yoga, when practiced poorly can lead to injury. I have been in hundreds of yoga classes and only rarely does a teacher fail to warn students not to go too far. But I have never seen a singl news episode about the near certain problems caused by laying there watching the news all the time.

People may think "why not just watch TV and eat what you like?" One death in a hot yoga class is covered nationwide while the daily deaths from our sedentary lifestyle get sheepish attention. While teenagers do tend to make poor choices in the hopes of being skinny, the overwhelming problem is not eating too little, but eating too much, and too little nutrition. Teenagers need to be told how beautiful healthy is, instead of being discouraged from trying to lose weight.

Do we need more studies to show us that our lifestyle of calorie dense, nutrition poor food coupled with lack of exercise is killing us? Or can we face the cold hard facts. Laying on your ass can be very dangerous.
Posted by Thomas Vinson at 5:50 PM 0 comments